While fusion seeks to fulfil the promise of a safe, affordable, and almost inexhaustible source of energy, it also brings with it formidable scientific and engineering challenges. ITER, the world's largest scientific experiment is bringing together 35 nations collaborating to operate a reactor of unprecedented scale.

The consortium of the multinational firm IDOM, acting as leader, and the French company ALSYMEX, has signed a new contract with Fusion for Energy (F4E), the European Union organisation responsible for Europe’s contribution to the ITER project, which amounts to roughly half of the project.

The purpose of this contract is to design and manufacture a major part of the plasma heating system: the Electron Cyclotron Upper Launchers and associated Ex-Vessel Radio Frequency Waveguides. This project concerns the development of a key system for ITER allowing it to raise the plasma temperature up to 150 million ºC necessary for fusion to occur inside the reactor, as well as for injecting heat in areas of the plasma to prevent instabilities and disruptions that could lead to cooling and compromise the operation of the machine.

The works of this contract, which will run for six years, are estimated to reach over 100 million EUR. It’s an important investment, publicly financed by the EU through Fusion for Energy (F4E), to design and manufacture the highly complex components. Both IDOM and-ALSYMEX will reinforce their involvement in ITER, probably the most important research project of the 21st century in the field of energy.

The consortium members state that “delivering such a complex and critical system for the first plasma operation of ITER is a challenging and exciting project. The strength of the IDOM-ALSYMEX consortium, the demonstrated experience of the project team and the close collaboration with F4E will allow us to make it happen”.

María Ortiz de Zúñiga, Deputy Director of the F4E program in charge of top pitchers, also shares her vision. “The signature of this important contract, further strengthens F4E’s collaboration with IDOM and Alsymex in delivering components as part of the European contribution to ITER. As we embark on the design and production of these powerful heating systems, we will use this opportunity to foster know-how and expertise so that Europe’s industry gets ready to harness the energy of the future”.

As a multinational firm, IDOM is a reference in the provision of professional technological services in the areas of engineering, architecture and consultancy; a totally independent company with no links whatsoever to any other business or financial group. The IDOM group has over 4,300 professionals, of which more than 900 partners are the owners of the firm. IDOM has also a wide experience in Fusion related projects e.g. designing and integrating the EU diagnostics ports, developing the CPTS diagnostic and participating in the definition of a large variety of electrical FTs and connectors among others.

Subsidiary of the ALCEN Group, ALSYMEX is a mid-size enterprise specialized in the design, engineering, manufacturing, commissioning and maintenance of complex high technology systems. It employs more than 600 persons in six industrial premises in France. ALSYMEX is deeply involved in the ITER project being in particular in charge of the supply of blanket first wall panels, cryopumps, tooling for PF coil assembly, divertor sub-assembly prototype, and prototype of an ion beam source. 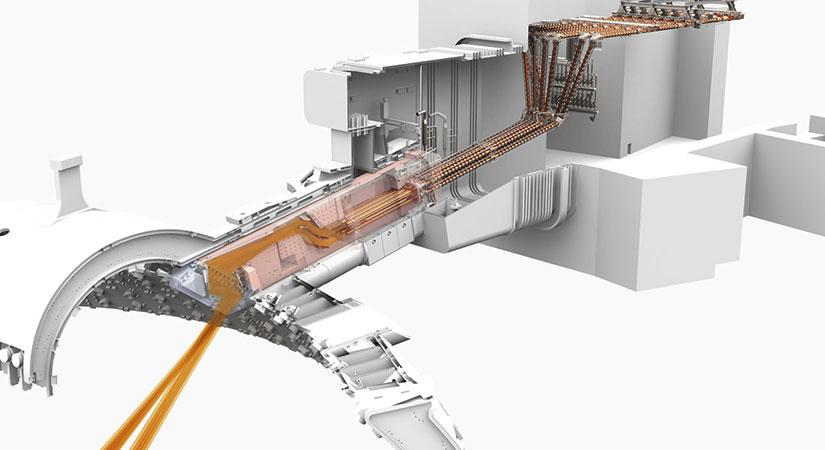 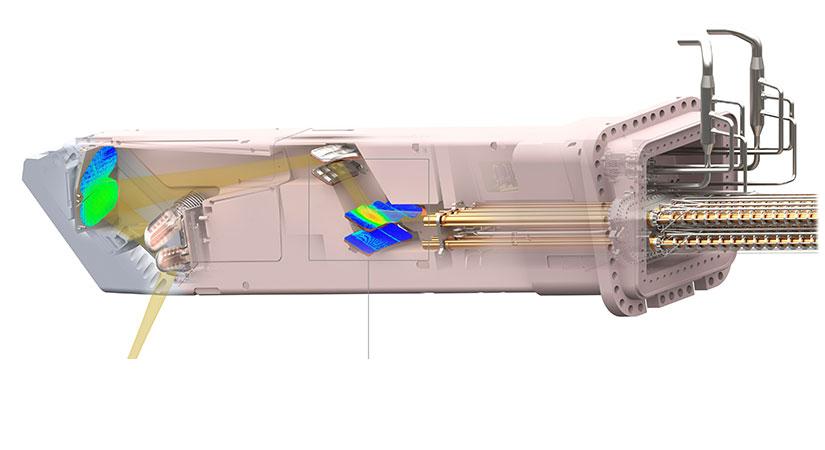 Illustration of the propagation of microwaves inside an ITER Electron Cyclotron Upper Launcher, July 2022. ©IDOM 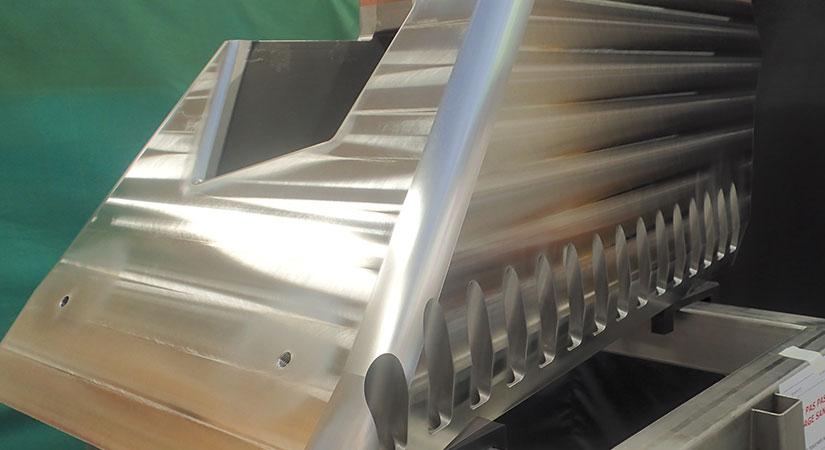 Prototype of the blanket shild module (plasma racing component of the antenna) made by Alsymex.